THE BALL GOES TO…

Hello everyone! I'm back for a little while. I've been busy working in a summer camp here in Madrid and I'm alive! Well…half alive. 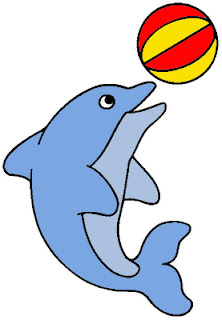 But alive enough to tell you about this ball game I've been taught by a child named Alvaro.


You just need a ball and a quite large area, like a playground or a garden.
I suppose you can even try an aquatic version of it.

Each child has to choose the name of an animal and announce his name to the rest of the group.
One child holds the ball and says: " The ball goes to… Dolphin!"
And he throws the ball in any direction.

This way the kid named Dolphin will run after the ball while the rest of the players will run away in order to be as far as possible from the Dolphin.

Once Dolphin has caught the ball, he will shout: "STOOOOP!!!!" and everyone will freeze.

At this point of the game, Dolphin can take only three steps holding the ball to get as close as possible to one of the frozen players. Then he will throw the ball toward one of them and if the ball touches the frozen kid he will be out.

The game continues with Dolphin saying:  " The ball goes to…"

It's really fun! Thank you Alvaro!!!

CIRCLE GAMES - The Shoe Behind You