Back to school...with Jolly Phonics 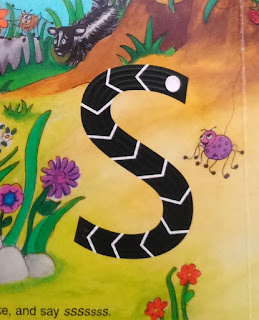 Hello there!
New school year, new project! This time I have the great opportunity to work with the Jolly Phonics method in a systematic way with a significant number of children and I already have my notebook and pen ready for observations and notes on its development. I will tell you how my classes are progressing because I think it's interesting to follow up in order to observe how the method is working, the adjustments that are going to be necessary and everything that may come up.
I am going to start by specifying that in the teacher's book it is advisable to introduce a sound every day, although, if the students are younger than 5 years, it is recommendable to reduce the working speed in order to achieve a better assimilation. Following this pattern, at least at the beginning of the course, I have planned to work one phoneme per week (I have 2 sessions of 1 hour with each group) that we will introduce in the first session and look deeper into during the second one.
The first phoneme of the first group is, as you may have understood from the photos, /s/. At the beginning of the first session I told them the story that accompanies the coloring card that comes in the teacher's book. It's very, very short but at the same time very handy to grab their attention and introduce them to the sound. Then we listened and sang the chant a couple of times and I encouraged them to move their hand as if they were writing an S in the air (this is the movement associated with this phoneme).
At this point I changed a little the recommended plan introducing a variation of the famous game of the 'zapatilla por detrás', using a card that represents a snake instead of the slipper and the chant associated to the phoneme instead of the song of this game. In this way everyone repeats the chant and learns it in a pleasant and natural way.
Afterwards, I went back to the plan of the book, which contemplates the activity 'hunt the sound': I handed out some magnifying glasses (made with brushes for children's crafts) and some booklets (from the Songbirds Phonics collection written by Julia Donaldson) for them to look for /s/. This activity, as it's explained in the guide, helps the children to realize that these sounds that they will learn little by little are not abstract elements, quite the opposite, they are found in the books and are useful for reading stories.
Finally, I showed them the flash card with the /s/ and gave them plasticine so that they could build one themselves with their own hands

In the second session, after singing the chant and accompanying it with the associated gesture (a quick review as suggested in the teacher's book) , we first played an auditory discrimination game in which I placed a large snake in the center of the circle and distributed to each child a pair of cards with some images. Each one, in turn, had to show his card to the others and if the name of the object represented in it started with /s/ they had to put it on top of the snake, otherwise they kept it. Apparently, although this activity seems very simple, I can assure you that for them it is not so immediate to hear and realize if the sound is there or not, which, in my opinion, justifies even more the use of a synthetic phonetic method to teach a language.
The second activity consisted of painting the sheet associated with the sound. While they were painting, I went around with the book 'Phonics Storybook' in which there are two pages illustrated by each phoneme. In these illustrations the children have to look for some elements that begin or contain the sound presented in that sheet and they also have the letter in relief with some arrows drawn so that they follow it with their own finger in the direction of writing, in order to feel the letter with their touch.
Naturally, as the number of sounds studied increases, the number of possible activities also increases and... fun never ends!

More about reading and writing in English here.