The (not-so-secret) secret behind our listening skills. 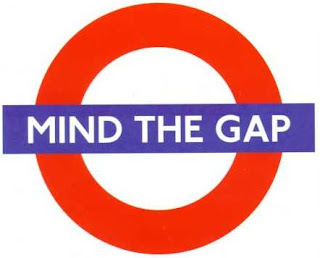 One day, several months ago, I was about to start one of my classes when my student's father asked me what he could do to improve his own listening skills, since every time he watched a movie he had trouble understanding the dialogues.

It was actually an interesting question as the attempt to improve Spaniards' speaking and listening skills has brought to this country a horde of native speakers from all over the world to this country; in fact, this man was actually taking classes himself - however, it clearly didn't seem to be enough.

My experience with children with reading and writing difficulties has lead me to one simple conclusion that might explain this issue: there is a gap between how the listener pronounces a word and the correct pronunciation of that same word.

The causes of this gap might vary according to individual learning experiences but, to keep it extremely simple, most of the issue could be solved just by checking how to pronounce the word in an online dictionary. This theory might sound like the egg of Columbus to you, but for many people it is definitely not so obvious.

We are so often in a hurry and have so many other things to do, that we don't dedicate enough time to the details of a language, supposing, of course, that in the fantastic world of ESL, where grammar rules the roost, listening comprehension could be considered a detail (which it definitely is).

As an example of what I'm saying here, take the word 'procedure' - pronounced /prəˈsiːdʒə(r)/ - which is a totally latin-root word that in Spanish is translated as 'procedimiento'.

Now imagine you have some maths and language homework awaiting on your desk, besides your English homework, of course, or you have to go and pick up the children from school etc.; so now you're there,  doing your English exercises, reading that word in your mind, as quickly as possible, and BANG! Before you know it, your brain begins to play a trick on you!

How? The first part of the word  'procedure' coincides with its Spanish translation procedimiento, right? So in your mind, it should be pronounced /prɔːsiː/,  /prɒθe/ or /prɒse/ while the second part of 'procedure' should sound like 'during' /djʊər/... There you go! The die is cast! From now on the word procedure will be recognised by your brain only when pronounced  /prɔː siːdjʊər/,  instead of /prəˈsiːdʒə(r)/, which, basically, means that you'll never recognized that word!

This example can be applied to any word and the consequences are important, because it is a circular process. Now imagine you're a student who has a couple of pages to study. You read them, trying to guess how to correctly pronounce the words you don't know, which are probably the key words you must learn to pass your exam. The next day you go to school and your teacher and classmates start to pronounce those words correctly. You don't recognize them and after a while, you're lost, and, even worse, you've practically wasted an hour of English class. Then the day of the exam arrives and part of it includes in a listening test but, since you don't recognize the key words, you fail it. Sad, isn't it? But definitely more common than we think.

What's the solution? When speaking English in class all the time doesn't help because there are always children (or adults) without a "good ear for sounds", we should focus on teaching sounds, enabling our students to first recognize them, and then to reproduce them correctly. Starting with phonemes, followed by words, phrases, sentences, texts and then books.

What I do during my classes is to listen to the children reading, without following the text on the page. This way when I don't understand what they are saying, because they're mispronouncing words,  I can stop them, read the passage correctly and make them repeat it. Unfortunately, the fact is that many teachers get used to Spanish mispronunciation or simply avoid correcting the speakers, especially when dealing with adults (who are more difficult to correct because their brain is already fully developed), which leads straight to the frustration of that parent I mentioned above.

In general, it is possible to work autonomously and improve our listening skills by ourselves, but it requires more effort and time than most of people are willing to dedicate to it. There are plenty of books (called readers) and magazines which come with audio files, so that anybody can check how to pronounce every single word, as well as most films and series which now are available in their original language with  subtitles. The secret is to start from the easy ones, increase the difficulty little by little, and rehearse pronunciation out loud, until we can understand almost the entire audio file without reading along.

But first, the sounds of English!
http://www.bbc.co.uk/worldservice/learningenglish/grammar/pron/sounds/

My favourite graded readers are edited by Cideb. Their Green Apple collection is especially designed for young learners and teenagers to help them prepare official exams such as KET, PET, Trinity, etc.

My blog in Spanish